Sitting down to reflect on the last 12 months seems like a strange task after the past couple of years. This time last year, even though the UK was on the brink of another bleak and unnerving lockdown, hopes were high that the vaccine would fix everything quickly and normal life would resume. Optimism carried us through and the belief that 2021 would be the best year for everyone was strong.

As we all know 2021 didn’t turn out exactly as we had planned, the pandemic has dragged on and so have the restrictions and uncertainty that go with it. As a small business we coped by remaining flexible and trying to be positive but it certainly made any long-term planning incredibly difficult.

However, here we are in December, wondering where 2021 went and reminding ourselves of all of the things we are grateful for this year.

We’re so lucky to have a truly brilliant bunch of clients, many of whom have been with us for quite some time too. For us, it’s these people that have helped bring a strong sense of purpose to our working days during the madness of the year. Whether it be through video calls, emails, Slack and, now very rarely, in-person meetings, we are always immensely grateful to have the clients we do (old and new) and the creative projects they bring with them. The ethos which drives Kind is to do good things for good people and we certainly have stuck to that, helping these people have a positive impact in the world gives us real meaning to our work which we are incredibly proud of. We look forward to continuing these partnerships in the coming years.

Over the last year, we’ve been so excited to work on some really wonderful projects, some of which are still in production and others that have successfully launched throughout the year. Highlights include working with the team at The Rivers Trust to build them a new web presence. We were thrilled when we were asked to partner with them as we’ve long admired their work and really believe in the positive impact they are trying to make. The project was a resounding success with the site receiving a 50% increase in users, 57% increase in page views and 189% increase in visits from social media platforms. 🎉 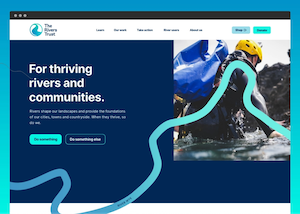 Alongside this, we’ve really loved working with the Victoria and Albert Museum (V&A) again on their digital archive celebrating 50 years of the Glastonbury Festival. Despite the festival not being able to run for the past two years, we’ve really enjoyed going through the artefacts from across the decades and creating a pilot site that is ready to collate more memories in the future. 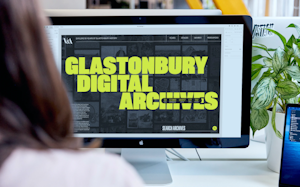 We’ve also been working on excellent creative projects with the teams at the Backlit Gallery in Nottingham and the Tung Auditorium in Liverpool which are both due to launch early next year. We’re really excited to get these sites live!

We’ve been working with clients in the environment and sustainability sector for a long time now and have helped them through their struggles to communicate the challenge and engage people to make meaningful change. This year, however, we’ve really felt that things are slowly but positively beginning to change and that people are really listening. Two of our current clients have seen much of their hard work come to fruition this year, with the national press and UK Government really starting to pay attention to their findings and beginning to take action.

Rewilding Britain has successfully managed to put rewilding on the map and has facilitated the reintroductions of beavers back into the wild as well as encouraging policy change and gaining a lot of support from landowners, businesses and the general public.

Alongside this, The Rivers Trust, who have been longstanding campaigners against sewage being dumped into British rivers, finally gained national attention when the sewerage scandal hit the UK and the public became aware of the terrible state of UK rivers. This uproar backed by facts and reports from The Rivers Trust resulted in a Government u‑turn and a promise to rectify the huge problems facing the health of British waters.

This year we’ve had a few changes on the team and continued on with the not-so-new ​‘work from home’ set-up. Co-founder Tom officially left the business in spring but has continued to work with us as one of the specialists in our extended network. Since then Mat and I have decided to run the business together and are very excited for the future of Kind. If 2020 taught us a lot of lessons about flexible working and remote collaborations, then 2021 really cemented our belief that this is the way forward for our team. We still have desks at the wonderful co-working space ​“Works Social” but we’ve left it to each team member to decide how often or even if they come into the office at all, and so far this works well for everyone on the team.

On collaborations, we’ve continued to develop our extended network of trusted freelancers and are so happy to have worked with some really great consultants, designers and developers this year. This way of working allows us to create the very best team for each project and enables us to build a bespoke experience for each of our clients, bringing fresh creativity each time. It’s been a great format for us and a model we will be carrying through to 2022.

Alongside working, we've been pleased to get together as a team in the great outdoors. We all love to be outside, even more so than ever before, so we found ourselves on more walks around the Peak District and in the summer we camped at Kielder Forest. Rain and midges aside it was lovely to reconnect as a team and we look forward to (hopefully) ending the year together with a celebratory meal this week.

2021 may not have been exactly what we all hoped for, but we've definitely managed to be resilient, support each other, our clients and remain as positive as possible throughout. Which is no small feat in the current climate. 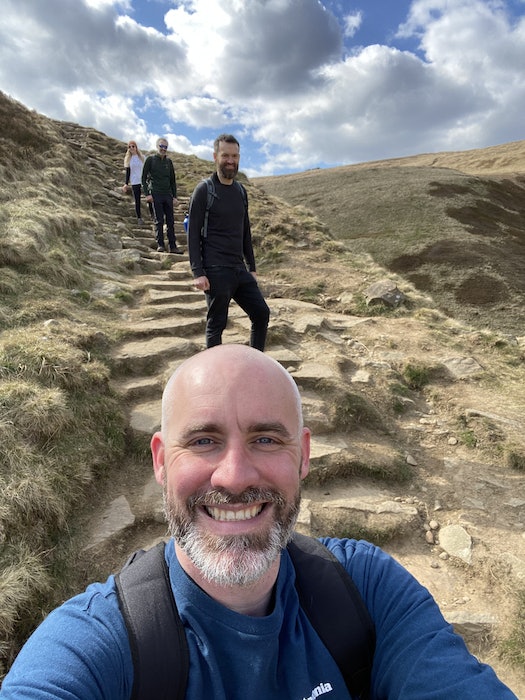 Personally, I am really proud of our team and grateful for the great clients we have, our extended network and the lovely people at our co-working space, they’ve all played a part in making this year much more enjoyable.

We are genuinely looking forward to 2022 and really hope that life continues to improve for everyone very soon.